The AIA’s AGM will be held at Dreel Halls on Thursday 31st August 2017 at 6.30pm. Please come along to hear what the committee has been busy getting up to in the past year, and plans for the future.

Following on from the AIA’s AGM, at approximately 7pm, we will welcome the team that led the Anstruther Burgh Survey, a year-long project involving the Anstruther, Kilrenny and Cellardyke community. They will be available to discuss the project in depth and answer any questions, and will launch the book that has been published to mark the project, which will be available to buy.

The project enabled volunteers to discover and engage with their heritage, exploring the origins and evolution of the burghs through archaeology and historical research. It was part of the Heritage Lottery Fund’s Townscape Heritage Initiative and Historic Environment Scotland’s Conservation Area Regeneration Scheme, led by Fife Council in partnership with Fife Historic Buildings Trust. The survey was delivered by Rathmell Archaeology Ltd, who provided support for the individual volunteer and community archaeology projects. 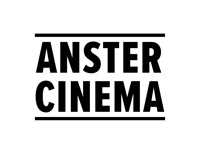 Anster Cinema’s new season of films has been announced.  The programme is currently being distributed around Anstruther. You can see the listings of upcoming films at the link below.

At Dreel Halls tonight at 6.45pm our big screen is up for the fantastic moving drama, I, Daniel Blake. Tickets available on the door. £5/£2. Home baking and tea/coffee by donation.

We’ll be dancing at Dreel Halls this Friday when Saturday Night Fever hits the big screen, followed by a disco. The film starts at 8pm. We hope to see you there!

Our next Anster Nicht is on Thursday 16th February at Dreel Halls at 7:30pm.

Anthropologist and National Geographic Society Explorer, Dr Sabine Hyland, talks about her work in the Peruvian Andes and discusses what it is like to work with National Geographic for a documentary about her research. Sabine will talk about her search for ancient khipus – the mysterious knotted cord texts that served the Incas instead of writing – and her discovery of remote Andean communities where khipus were used as writing until 60 years ago. A resident of Anstruther, Sabine is a Reader of Anthropology at St Andrews University and is the author of numerous books, most recently The Chankas and the Priest: A Tale of Murder and Exile in Highland Peru.

Members and non-members are welcome to attend:

If you are not yet a member of the AIA you can attend individual Anster Nichts for £2.50 per event. Membership is £7.50 and will allow you to attend all the 2016 Anster Nichts and the Christmas Social.

Celebrate the return of the light this Sunday at Dreel Halls! The ancient festival of Imbolc marks the half way point between the winter solstice and the spring equinox – as the first few small signs of the new season emerge from the soil, join us for readings, afternoon tea and candle-lighting ceremony. The event starts at 2pm.

Anstruther & Cellardyke in Bloom will be holding a coffee morning fundraiser on Saturday 28th January in Cellardyke Church Hall at 10am. This is the group’s biggest fundraiser and we need all the support we can, so bring all your friends for cake and a blether, and help us to keep Anstruther looking blooming wonderful!

There’s a talk on “The Fife Pilgrim Way” at Dreel Halls this Thursday at 7:30pm.

This exciting new heritage project seeks to engage the support of local people and visitors in developing a new long-distance walking route through the heart of Fife.

Dreel Halls was packed with nuns and the occasional guy in Lederhosen on Sunday 4th December, for the perennial treat that is sing-along Sound of Music. After a cup of tea and some home baking the halls were alive with the sound of singing. It was good to welcome new faces to the monthly Anster Cinema in our cosy hall, with new seating, a big screen and a new sound system. Our next film is wonderfully visual – The Martian on Sunday 8th January at 6.45pm and all are welcome to an event that has really grown in popularity during 2016.

Then on Thursday 8th, Dreel Halls was decked with boughs of holly for the annual AIA members Social. Members pulled their crackers, donned their crowns, downed their mince pies and mulled wine and settled down to hear a medley of readings. The consensus was this was the best year ever for readings, with excerpts from Chekhov, revisiting A Christmas Carol, a tale of Pam O’Shantestun Bankie Park and, of course finishing with our own Alistair Leslie telling us anecdotes from his little black book. We appreciated that one of our speakers was from Canada and two are in their 90s. Well done to Jen Gordon and her team for getting together this Christmas treat, which traditionally finishes with a group singing of ‘We Wish you a Merry Christmas’ . We wish everyone the same. On Thursday 10th November the Anstruther Improvements Association celebrated the fourth Anstruther Writing Awards since the writing competition was relaunched in 2013. A writing competition was one of numerous events that used to take place during the Anster Fair, held in the town to celebrate the poem of the same name written by William Tennant (1784-1848). In 2013 the AIA decided to revive the competition in order to build on the community’s great tradition of creative writing and to celebrate talent of all ages. Categories are open to primary school children, secondary school pupils and adults.

The Awards competition has grown steadily in the four years it has now been running. This year entries more than doubled and the judges comment on the rising standards each year. Judges this year were Chae Strathie, Christina Banach, Jennie Erdal and Andrew Greig. “We are incredibly lucky to have such a prestigious group of judges, all of whom have some connection with Fife,” said Christine Palmer, AIA President. “We are so grateful for their support and it means a great deal to the entrants that they provide such positive and encouraging feedback.”

The Awards ceremony was a cosy, candlelight affair in the lower hall of Dreel Halls, home to the AIA. With coffee and cake for all, it was buzzing with creativity and excitement. The audience was treated to readings of all the winning entries and Chae Strathie and Jennie Erdal were on hand to entertain and pass on their experience of the literary establishment. AIA Honorary Patron Elizabeth Gordon, who was instrumental in relaunching the writing competition, helped with reading out the entries and awarding prizes. The event finished with a rousing rendition of the appropriately-named adult category winning poem, Anster Fair.

Results of the Anstruther Writing Awards:

Building a thriving and resilient community, improving Anstruther for all